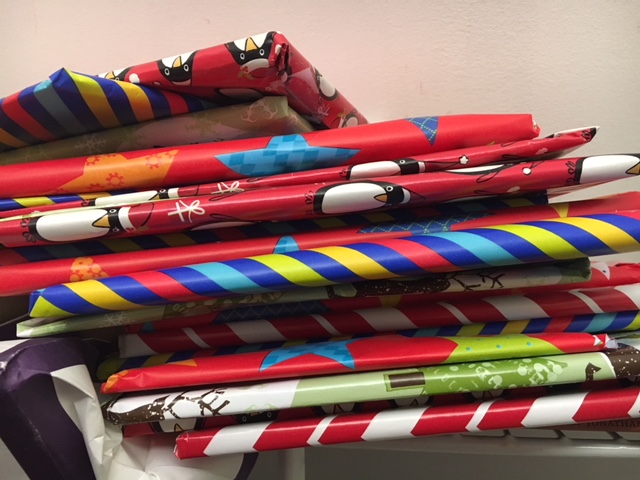 I took a few minutes yesterday to organize the Christmas stories. Here’s what we’ll be opening in December, one a night. I didn’t wind up purchasing any new books this year, because three years into our literary Advent calendar tradition, I’ve found we have enough holiday stories in the house to chuck the real duds. I also realized last year that we had run out of steam by a few days before Christmas, and the kids like to re-read some of their favorites from earlier in the month. So this just takes us through the solstice.

However, I’d welcome ideas for next year, or maybe to add for the last few days of December. And in the comments, please share: what are your favorite holiday children’s stories?

December 1: The Elf on the Shelf: A Christmas Tradition, by Carol V. Aebersold and Chanda A. Bell, illustrated by Coe Steinwart

December 2: How the Grinch Stole Christmas, by Dr. Seuss

December 7: Joy to the World: Christmas Stories and Songs, by Tomie dePaola

December 8: Bear Stays Up For Christmas, by Karma Wilson and Jane Chapman

December 11: Who’s That Knocking on Christmas Eve? by Jan Brett

December 14: How Santa Got His Job, by Stephen Krensky, illustrated by S. D. Schindler

December 17: The Christmas Wish, by Lori Evert, photographs by Per Breiehagen

December 19: How to Catch Santa, by Jean Reagan, illustrated by Lee Wildish

December 21: The Year of the Perfect Christmas Tree, by Gloria Houston, pictures by Barbara Cooney