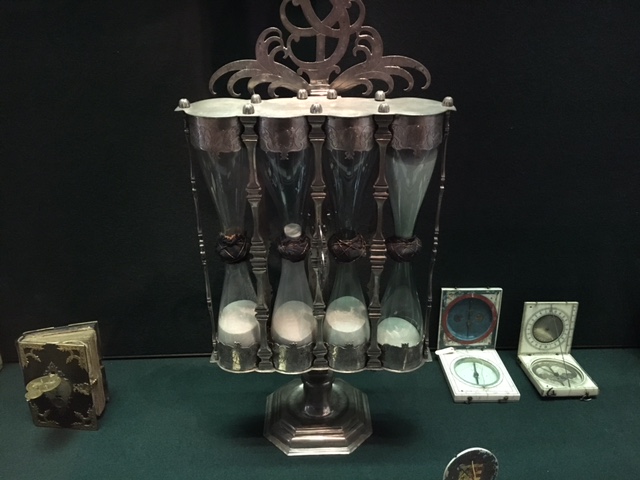 If you’ve got young kids, making the pieces of work and life fit together can be challenging. That’s why part-time work remains a popular option. Various Pew Research Center studies have found close to half of mothers would prefer to work part-time (note: that’s not just moms working full time hours who want to scale down — about four in ten stay-at-home moms would prefer to be working part-time too!)

So is going part-time the key to achieving work/life bliss? Well, maybe. From studying time logs (particularly in I Know How She Does It), I think this depends a lot on the nature of your work, how clear the demarcation is between “at work” and “not at work” and the choices you then make with the time you’re not on the clock.

One of my favorite bloggers, Sarah (of The SHU Box), recently asked for — and got — an 80% schedule. She’s a pediatric specialist whose job currently involves seeing patients at the office M-F during the hours the office is open, and then being on-call 20% of the time. In the comments on her post announcing this move, a few people brought up my writing on this topic, so I thought I’d take the chance to write about the part-time question, and what can go right and wrong.

First, going part-time almost always involves a pay cut. So the key questions are whether you will actually get enough time back to justify the cost, and whether you will be able to use that time to do things you believe get short shrift in your current schedule.

In Sarah’s case, the line between work and not-work is pretty clear. Going to an 80% schedule means she will not be in the office one day a week. Her job involves seeing patients, and she will not see patients that day. So, in fact, she will most likely work fewer hours.

Other jobs, however, don’t have such clear boundaries or clear hours. Maybe some days people schedule conference calls at 5:00 p.m., and some days they don’t. Some days involve visiting a client, and taking off for the airport at 9 a.m. and other days involve needing to be somewhere at 8 a.m. and leaving at 7. Sometimes a big Monday morning presentation requires a lot of prep on Sunday evening, but people leave at varying times on Friday. Or at lot of people work from home one day a week.

In cases where there’s no clear number of hours people work, the actual numbers can be all over the map. For IKHSDI, I collected some logs from colleagues, and in every single case where I had more than one log from the same organization, I found a 10-hour gap in work hours within the same company. In one case I found a 20-hour gap. In another case, I found one woman working a PT schedule who logged more hours than a colleague working a FT schedule. It’s hard to know what’s going on in any individual circumstance (someone could just have had a bad week, and no doubt 10-20 hour gaps correspond with different career trajectories) but I do think that full time work encompasses a host of lifestyle options. Another issue: as hours go up, people have a tendency to overestimate hours. So if people talk about their “70 hour workweeks,” it is quite possible they are averaging closer to 50. Which means that taking a 50% pay-cut to work 40 hours a week is assigning a pretty high price to those hours on the margin.

So before taking a pay-cut to go part time, a good question to ask is whether you could get the same outcome by working a bit more flexibly. Instead of staying at the office until 7, could you leave at 5 and work after the kids go to bed? Would anyone notice if you came in half an hour later than usual once or twice a week (so you could drive the kids to school?) Could you work from home on occasion and use some of that time to do things like work out during your breaks? Could you just…slack? Not everyone who’s in the office is 100% on all the time, as anyone who’s worked in an office can attest. Even if you’re generally an A+ kind of person, some days it’s OK to do A- work. More broadly, sometimes it can be better to ask for forgiveness than permission. Work how you want to work and see what happens. There’s some evidence that men do this, rather than negotiating official part-time schedules.

If you decide to go part-time, make sure to log your hours before taking the cut, and then log them after. If there is not an appreciable decline, something is not working right and you’ll need to step in to solve the problem. In a world where a lot of work is done by phone and email, people are not going to respect your boundaries unless you force them to. Sometimes people want to make their part-time decision easier on other people, so they say things like “you can always reach me by phone” or “I’ll be checking my email” and next thing you know you’re on a conference call the entire time you’re at the playground on your day “off.” If you’re working full-time hours, you should get paid for full-time work. The fact that you’re working them flexibly is not as big a deal as one might think, as long as the work is getting done.

Finally, be mindful of how you plan to spend the hours you’ve bought back. If you want more time with your kids, be sure to spend the time with your kids. If you want more time for exercise and personal projects, do that. It can be very easy to do such things as errands and housework during that time, but then you’ve just substituted unpaid labor for higher-paid labor. If you love grocery shopping and cooking, that’s one thing. But using your day off to do chores and errands you don’t love, rather than the work you get paid a professional wage for, is not a great economic decision. Sarah is very smart here, and has written that she does not plan to take over more household chores as a result of her schedule change.

If anyone reading this has gone to a part-time schedule, I’d love your tips for making sure that it feels fair for all involved.

38 thoughts on “Thinking of going part-time? Some questions to ask (and boundaries to draw)”