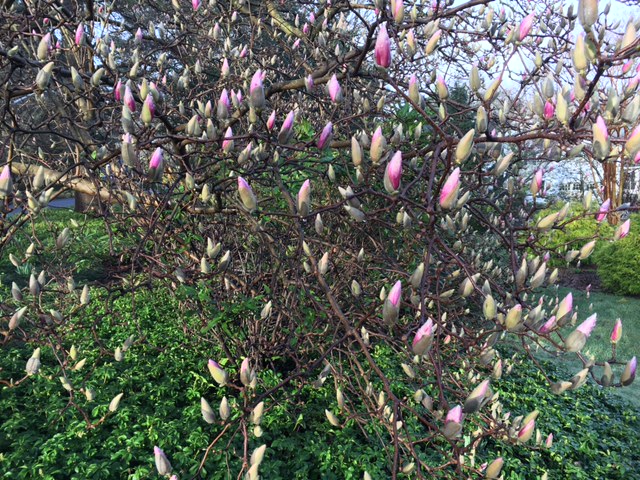 Every year around this time, I come to the question of what we are doing this summer. It is a complicated question, as it involves figuring out vacation weeks and camps for three children (the fourth is still too young for most of them). Last year the kids were off for much of August, and while there were definitely some fun times, there was also a ridiculous amount of TV and Kindle playing, especially once they figured out the parental control password and started making large in-app purchases (who creates a $50 booster pack, seriously? Since my husband randomly purchases stuff on Amazon — like we are talking mushroom-growing kit style random — I thought the emails were about his purchases until I figured out what was going on and put a stop to it).

So this year I am trying to make sure that they have something at least every other week. There are some old standbys: an outdoorsy day camp that is about 2 miles from our house, vacation bible school, a local art camp. There were ones we tried in the past that will not be repeated. There were specific requests: a theater camp, a football camp, and a boy scout camp.

I spent some time figuring out the new ones, and looking at the summer schedule. This was complicated by the question of which weeks we would take off for vacation (and what our nanny wants off too). After a lot of crossing stuff out and looking at weeks, I finally decided to make a spreadsheet. On the left? The weeks of summer. On the top? The three camp-aged children.

I am quite proud of this Excel creation. I can see, quite quickly, how many children will be occupied for any given week. The stakeholders (i.e. children) could look at the selections and give their input. I will be able to check the camps off as I register. I even thought of creating extra columns with the prices so I can see the ridiculousness of this all, but that would probably just depress me. Though perhaps if there are no in-app purchases, that will be a mitigating factor.

How do you and your family figure out your summers? Are you doing it now? Are you already done or do you more wing it later?

In other news: Thanks to the time change the children were all sleeping a wee bit later this morning. But thanks to my crashing by 10 p.m. last night, I woke up on my own at 5:30. It was a nice morning of sipping my coffee, showering with no one hollering at me, and reading magazines in the quiet. It was a nice vision of what life might be like in another 2 years or so.

Photo: Buds on the trees! I thought about illustrating this with a spreadsheet, but flowers are prettier.

30 thoughts on “The camp spreadsheet”